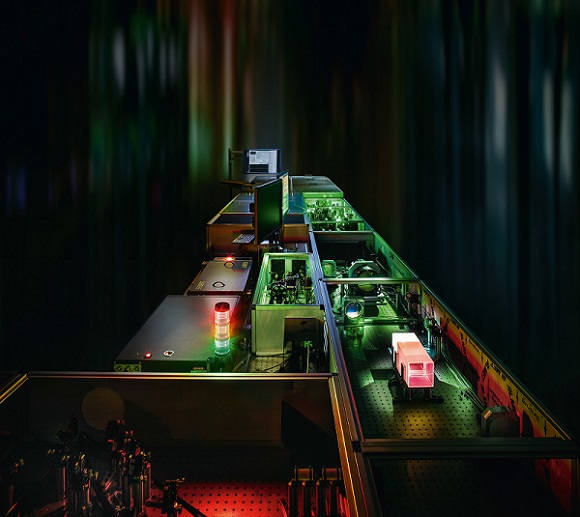 The European Commission has officially established the Extreme Light Infrastructure (ELI) as a European Research Infrastructure Consortium, or ERIC. The ERIC is a legal entity formed by an EU regulation specifically for scientific infrastructures. The establishment of the ELI ERIC allows the infrastructure’s facilities in the Czech Republic and Hungary to operate together as one organization. The ELI facilities make up the largest multisite laser facility in the world.

“The decision comes at an important time since the transition to operations is already happening and the interest from scientists is intense,” said Allen Weeks, director general of the ELI Delivery Consortium.

The ELI ERIC facilities are ELI-Beamlines in Dolní Brežany in the Czech Republic, and the ELI-ALPS facility in Szeged, Hungary. They were built at a cost of €300 million each over the last six years, using European structural funds.

A third ELI facility, ELI-NP, is being built near Bucharest, Romania. The facility, focused on the field of nuclear photonics, is expected to join the other two labs in the newly formed organization.

We and our partners do the following data processing based on your consent and/or our legitimate interest: Personalised ads and content, ad and content measurement, audience insights and and product development, Store and/or access information on a device.

This website uses cookies to improve your experience while you navigate through the website. Out of these, the cookies that are categorized as necessary are stored on your browser as they are essential for the working of basic functionalities of the website. We also use third-party cookies that help us analyze and understand how you use this website. These cookies will be stored in your browser only with your consent. You also have the option to opt-out of these cookies. But opting out of some of these cookies may affect your browsing experience.
Necessary Always Enabled

Performance cookies are used to understand and analyze the key performance indexes of the website which helps in delivering a better user experience for the visitors.

Analytical cookies are used to understand how visitors interact with the website. These cookies help provide information on metrics the number of visitors, bounce rate, traffic source, etc.

Advertisement cookies are used to provide visitors with relevant ads and marketing campaigns. These cookies track visitors across websites and collect information to provide customized ads.

Other uncategorized cookies are those that are being analyzed and have not been classified into a category as yet.